Huntington’s Disease is a progressive neurological disorder.
-The disease is genetic, has no cure, and is fatal.
-Age of onset is usually between age 30 and 50.
–Life expectancy after onset is 10 to 25 years, with death usually occurring due to a complication such as heart failure, aspiration pneumonia or suicide.
-Everyone who has a parent with Huntington’s Disease has a 50/50 chance of inheriting the genetic mutation that causes the disease and everyone who inherits the gene will develop the disease. 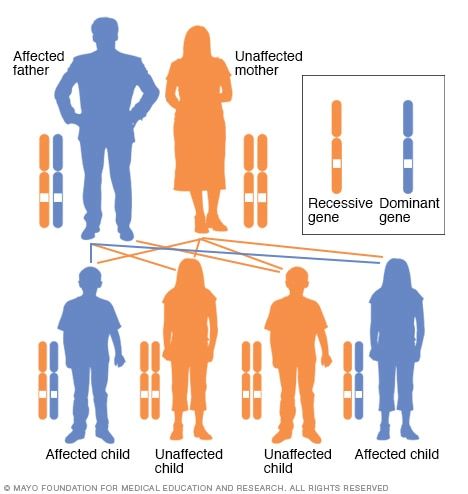 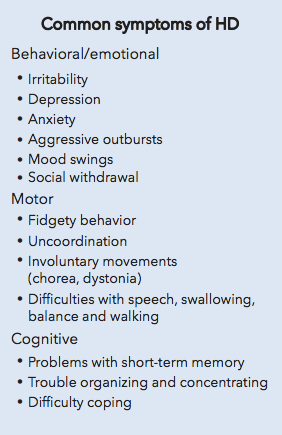 Stage 1: Early Stage
The early stage starts when a person first begins experiencing motor symptoms, and can last up to eight years from disease onset. At this stage, motor symptoms are not debilitating. Most individuals in the early stage are fully functional at home and at work, and usually maintain typical pre-disease levels of independence when it comes to everyday activities such as finances, home responsibilities, and activities of daily living such as eating, dressing, and bathing. Mild cognitive symptoms and psychiatric changes may begin to occur among individuals at this disease stage.

Stage 2: Early Intermediate Stage
The early intermediate stage of Huntington’s can last between three and 13 years from disease onset. During this stage, patients begin to experience impairments in day-to-day living. For instance, people in the early intermediate stage may be able to do their job, but at a lower capacity. Individuals at this stage may find that some daily activities are more difficult, and may require assistance with some aspects of daily tasks. Chorea, which is irregular involuntary movement in multiple areas of the body, may become more severe at this stage.

Stage 3: Late Intermediate Stage
The late intermediate stage usually lasts between five and 16 years from disease onset. An individual at this stage is no longer able to work or manage household responsibilities. A patient’s ability to think also may become more impaired, and he or she will require substantial help for daily financial affairs, domestic responsibilities, and activities of daily living. Psychiatric and behavioral symptoms, including irritability, anxiety, and impulsiveness may become evident. In general, cognitive, psychiatric, and motor features worsen at this stage.

Stage 4: Early Advanced Stage
Typically lasting between nine and 21 years from disease onset, the early advanced stage is characterized by a need for full assistance in daily living. A person in this stage of Huntington’s cannot live independently. Some patients reside in their home with help from either family or professionals, while other individuals may decide that their needs will be better met at an extended care facility. A person in this stage of disease will be aware of daily living activities that have to be done, but will require major assistance to do them.

Stage 5: Advanced Stage
The advanced stage lasts between 11 and 26 years from disease onset. Patients with Huntington’s at this late stage will need total support in daily activities from professional nursing care. Chorea lessens at this stage, but parkinsonism — which includes slowness, stiffness, teeth grinding, and abnormal limb postures — increases. Walking/mobility, and a person’s ability to maintain an upright posture also worsen, and there is an increased risk of falls. Speech can become difficult at this stage and the patient may go through periods of confusion and screaming. The ability to swallow also can worsen, and there can be extreme fluctuations in blood pressure and temperature.

EARLY STAGE
In early stage HD, individuals are largely functional and may continue to work, drive, handle money, and live independently. Symptoms may include minor involuntary movements, subtle loss of coordination, difficulty thinking through complex problems, and perhaps some depression, irritability, or disinhibition.

MIDDLE STAGE
In middle stage HD, individuals lose the ability to work or drive and may no longer be able to manage their own finances or perform their own household chores, but will be able to eat, dress, and attend to personal hygiene with assistance. Chorea may be prominent, and people with HD have increasing difficulty with voluntary motor tasks. There may be problems with swallowing, balance, falls, and weight loss. Problem solving becomes more difficult because individuals cannot sequence, organize, or prioritize information.

LATE STAGE
In late stage HD, individuals require assistance in all activities of daily living. Although they are often nonverbal and bedridden in the end stages, it is important to note that people with HD seem to retain some comprehension. Chorea may be severe, but more often it is replaced by rigidity, dystonia, and bradykinesia. Psychiatric symptoms may occur at any point in the course of the disease but are harder to recognize and treat late in the disease because of communication difficulties. 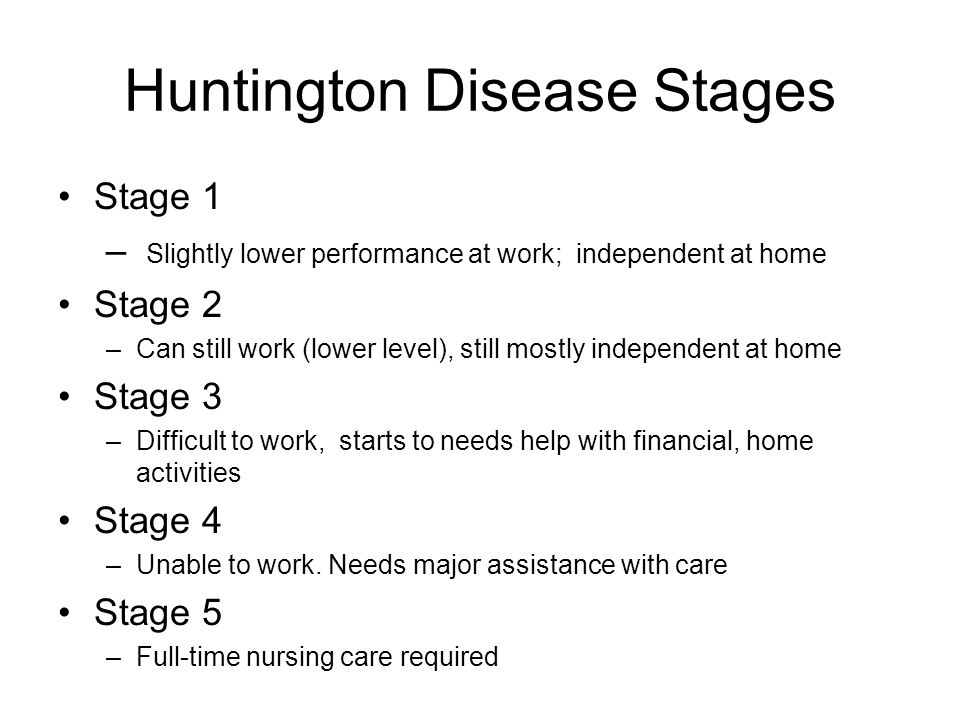 People with advancing Huntington’s Disease have difficulty completing any functional activities independently. The involuntary muscle spasms make it hard for patients to do much with their hands. Patients also have difficulty maintaining healthy body weight due to unknown metabolic issues as well as difficulty chewing, swallowing, and handling utensils.

This video includes an interview between an occupational therapy student and a neurologist regarding occupational therapy intervention for people with Huntington’s Disease, as well as a simulated patient evaluation and training in the use of adaptations to compensate for impaired cognitive skills. 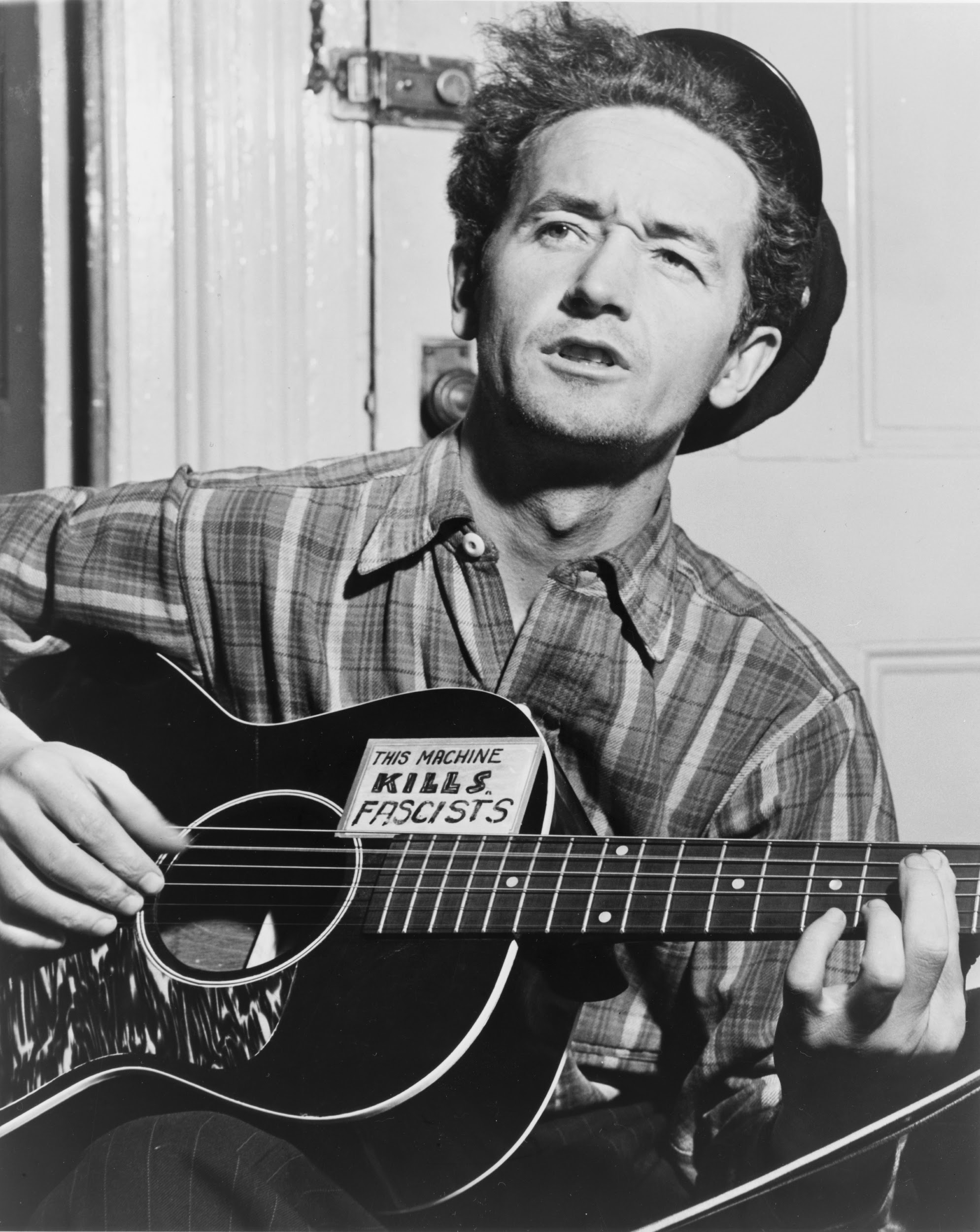