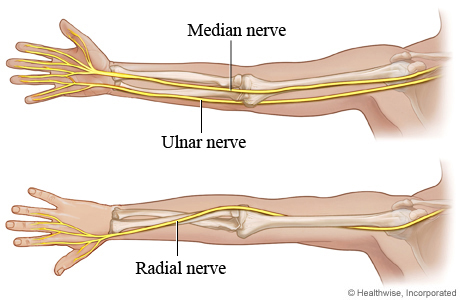 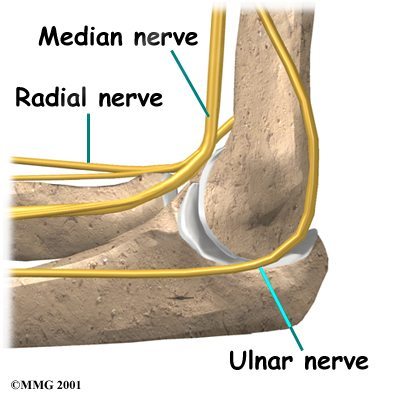 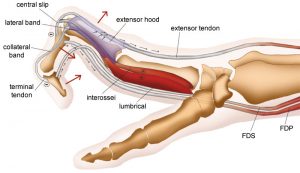 The main nerve entrapments in the upper extremity involve the median nerve, ulnar nerve, or radial nerve. The involved nerve itself may be compressed at two different levels resulting in a double crush syndrome.

As the nerves that control the upper extremity pass through the arm towards the hand, they pass through relatively fixed anatomical structures, or tunnels, usually as the nerve passes a joint. These tunnels are unable to accommodate swelling, therefore when swelling occurs within the limited volume of the tunnel, the nerve is compressed.

Although these differ in the anatomic distribution of their symptoms, they share a similar pathophysiology and treatment.
For example: Cubital and Radial Tunnels
Both pass near the elbow and run through the forearm to several fingers. The cubital tunnel houses the ulnar nerve, which winds behind and inside the elbow; the radial tunnel houses the radial nerve on the outside of the elbow. Due to the proximity of these nerves with the skin, they can be irritated by direct pressure – such as by leaning too much on the elbows or bending the arms awkwardly while asleep. 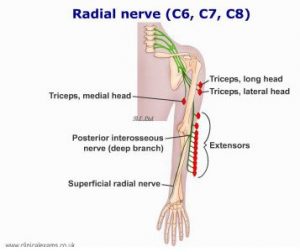 Location and typical causes of injury

• Mid-arm:
–  Fracture of humerus (radial nerve runs in spiral groove).
–  Compression of the radial nerve due to draping of arm over furniture (Saturday night palsy) or pressure on mid-arm; more likely in the setting of intoxication, anesthesia, or sleep (honeymoon palsy).

• Elbow: Radial tunnel syndrome due to chronic compression within the radial tunnel.

• Deep forearm: Posterior interosseous nerve syndrome (a syndrome characterized by weakness of muscles in the extensor compartment of the forearm) due to a fracture of the radial head or chronic soft tissue compression. 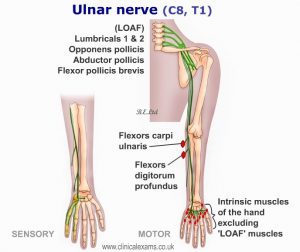 The ulnar nerve is most commonly compressed at or near the cubital tunnel of the elbow and Guyon canal of the wrist. The compression causes paresthesia, numbness, and/or pain in the ulnar nerve distribution. Depending on the site of compression, the patient may experience weakness in certain hand muscles. Ulnar entrapment neuropathy may be suspected based on clinical symptoms and signs, but it must be confirmed by electromyography (EMG).

SENSORY– Sensory loss over the hypothenar eminence, ulnar 1 ½ fingers.
Lesion at the elbow: Typically presents with referred pain in the forearm. Positive Tinel test → Marked paresthesia can be reproduced in the ulnar portion of the hand by tapping on the medial epicondyle of the humerus. Tinel sign is elicited by lightly percussing along the course of the affected nerve from distal to proximal.
Lesion at the wrist: Sensory symptoms may or may not be present. 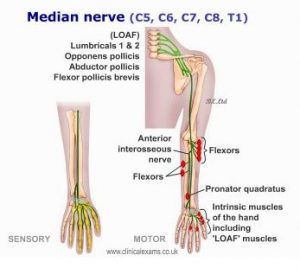 Motor and sensory deficits depend on whether the median nerve lesion is proximal (above the elbow) or distal (below the elbow). While proximal lesions present with the “hand of benediction,” distal lesions present with either the “OK sign” (anterior interosseous nerve syndrome) or, in the case of carpal tunnel syndrome, with mildly impaired thumb and index finger motion. Both proximal lesions and carpal tunnel syndrome result in reduced sensation in the area of the thumb, index and middle finger. Anterior interosseous nerve syndrome does not cause any sensory deficits. Chronic injuries to the nerve result in atrophy of median nerve innervated muscles while acute injuries do not have this feature. Treatment is mostly conservative and focuses on rest and immobilization. 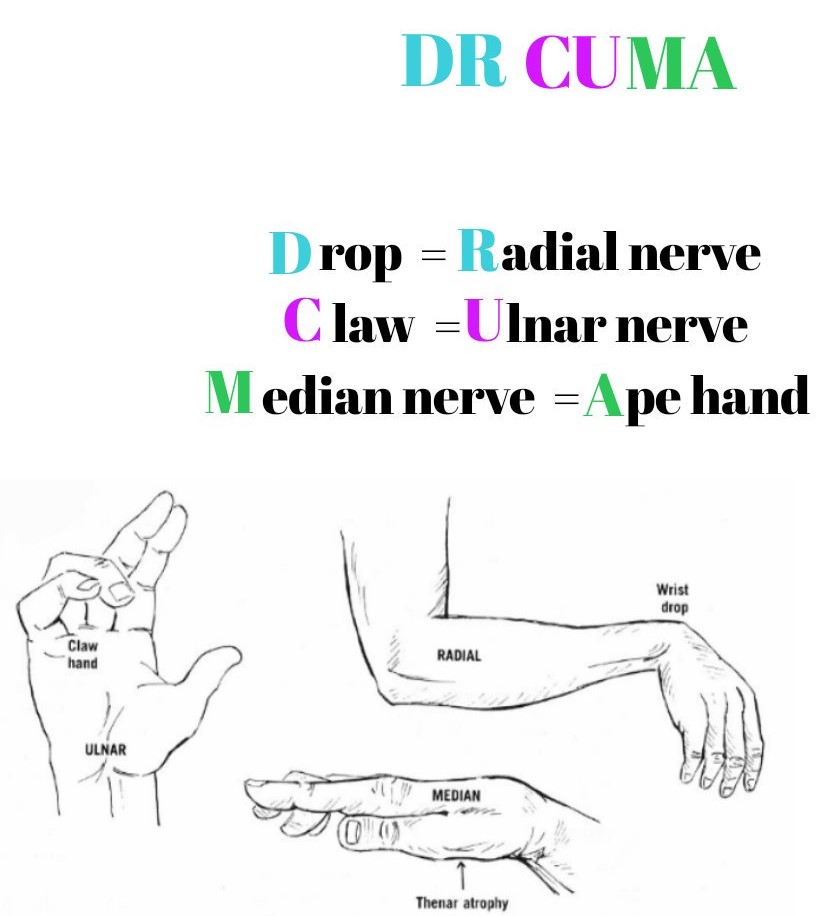 Review of Claw Hand, Ape Hand, and the Sign of Benediction 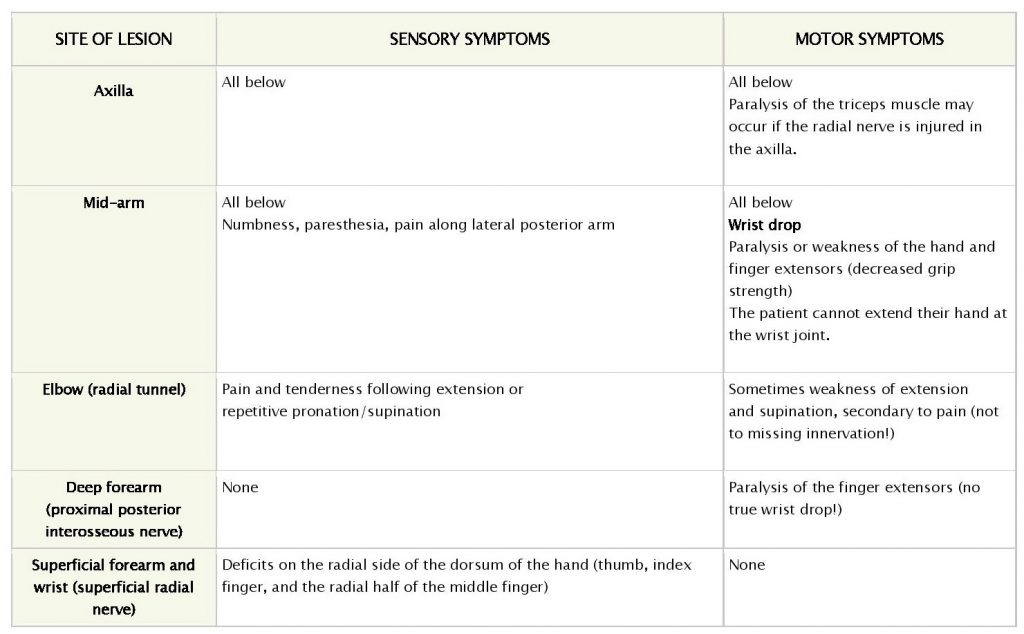 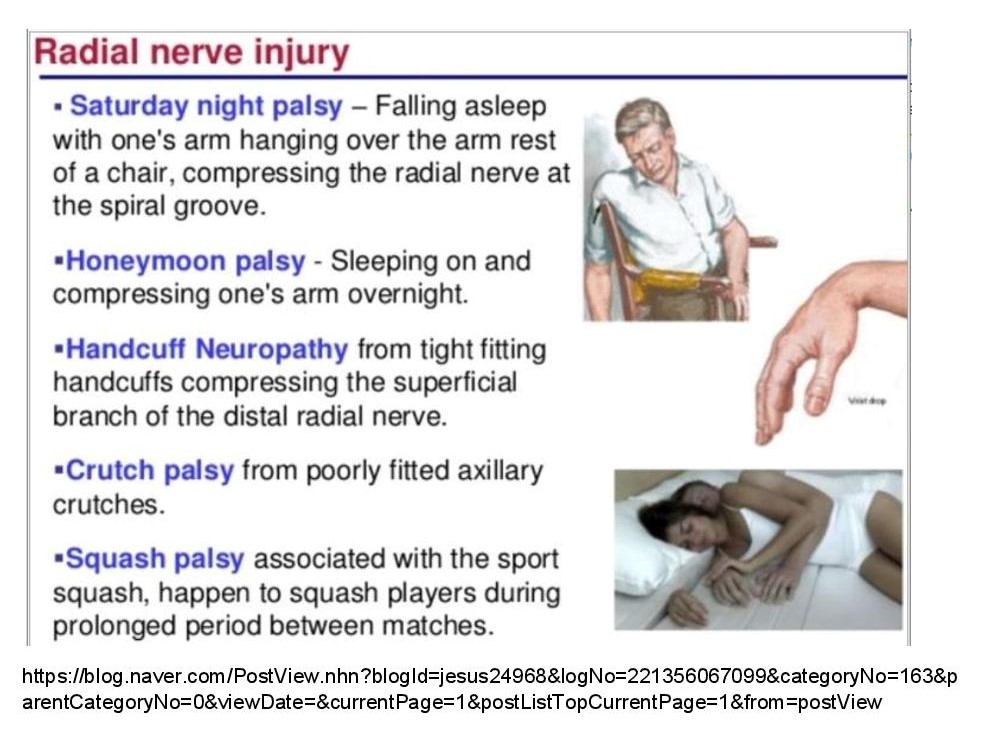 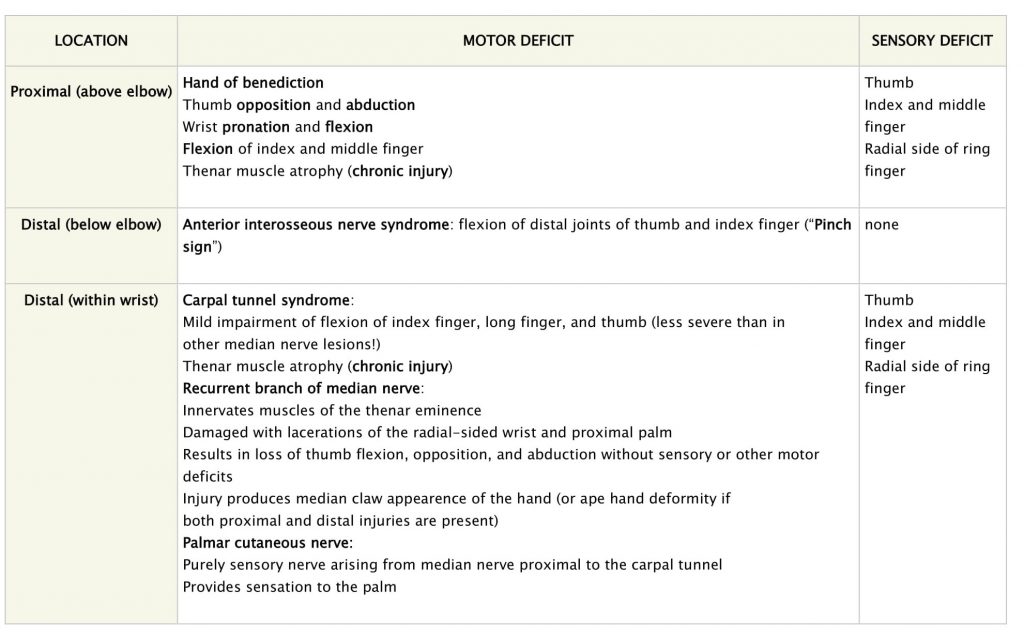 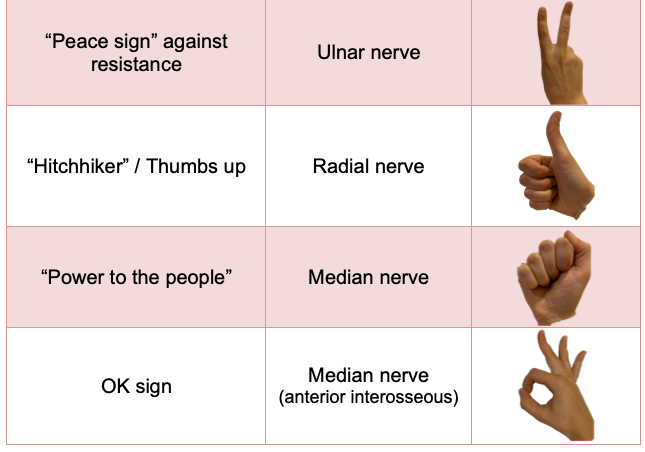 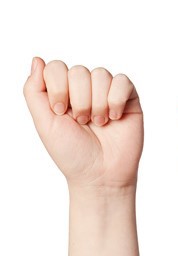 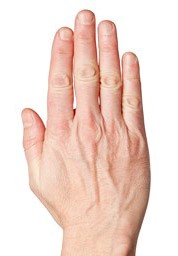 4th and 5th fingers MCP and PIP joints are flexed; 2nd and 3rd digits are extended and abducted away from each other; Thumb CMC is adducted and the IP is flexed. 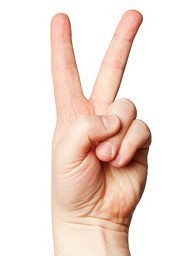