Myth of Multitasking - Pass The OT 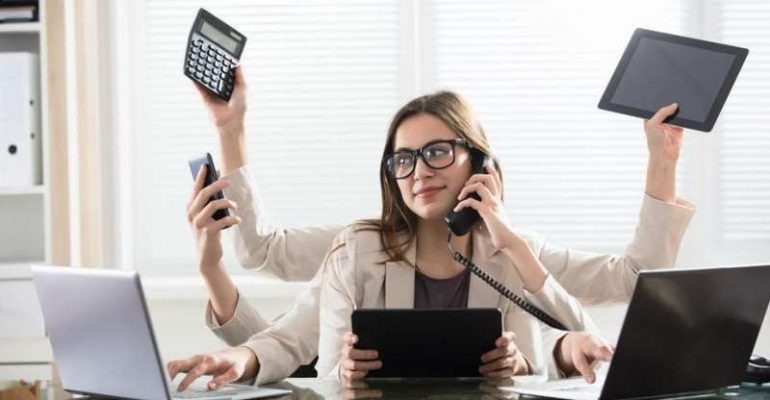 Whoever told you that you can perform multiple activities all at the same time must have either had a lot of time on their hands or had a really low standard of what needed to be accomplished and the time to get it done. I am going to talk about the myth of multitasking and how it is really better to study one thing at a time, like studying for the OT exam.

I have heard some students say they can study while working, scrolling through social media, taking a walk, or they can study in any location at any time. I think it is a great thing to have occupational balance, however for this test, it is important to “close certain doors” because we can really only do one thing at a time, really great.

We aren’t really meant to do multiple things at the same time and for myself I really recognize the most I can do, is only one thing at a time. If I am writing a blog article, I need to turn off my phone and email so I can really focus on the task I am trying to accomplish. If I am trying to give a student 100% attention during a tutoring session, there is no way I am going to scroll through Facebook feeds or take a nap. Why? Because when I am trying to do something well, I want to be great at it and I want to crush it. I can only achieve this by focusing my attention on that one thing. I guess what I am saying is, some students think they can study and do other things at the same time. Here’s the thing though, to multitask, your brain has to shift thought processes from one thing to the next, constantly being interrupted. By shifting your mindset continuously onto other things, it isn’t easy to complete multiple tasks well.

It takes focus, mindfulness, and a distraction-free environment to be a rock star and knock this test out of the ballpark.

For example, this morning I took a morning walk and I came up with an idea for the passtheot website. I tried the whole myth of multitasking and tried  typing an idea on my phone. As I was doing this, I noticed I was starting to veer to the left and I walked into some bushes. Luckily, I was ok but it reinforced the idea that multitasking just doesn’t work.

In closing, try to focus on one module, one topic, one test really well. When you take the time to focus on your studying, try to crush it and absolutely give it your all. Do everything you need to get it done with focus. Stop telling yourself the myth that you can do multiple things at once because in actuality we can only do one thing really great, at a time.

Give yourself this gift of mindfulness because it will increase your productivity and you are going to get a hell of a lot more done when you focus on that one thing. Stop worrying about trying to multitask and instead focus on that one question or worksheet that you’re doing right now.  The benefits that you will see will amaze you.