| in NBCOT study tips | by admin 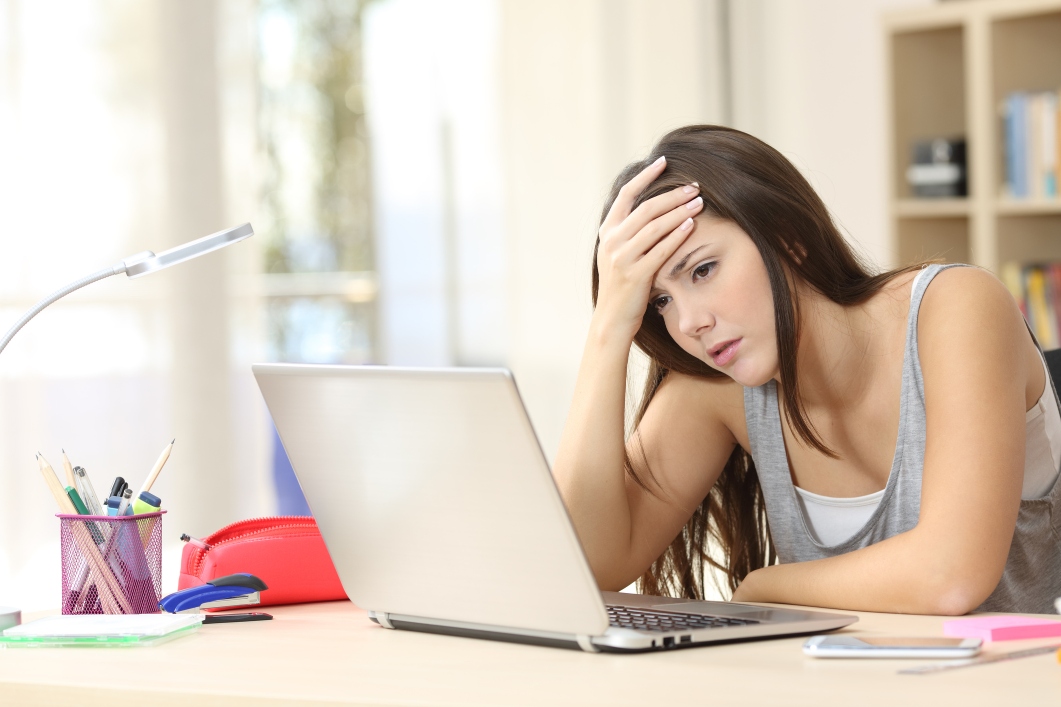 It was a late September morning. I woke up with a pit in my stomach, searched my apartment for any signs of 13, my lucky number, and logged into the NBCOT® exam portal to see if I had passed the exam on my second try. I clicked the core browser and immediately began crying.

How could I score lower after just missing a passing score by two points a month ago? Furthermore, I had a job all lined up and now I couldn’t take it. To say I was in shock and totally heartbroken is an understatement.

When I failed the NBCOT® exam on my first try, I figured that two points were no big deal. I would easily be able to pass if I just memorized more questions and studied a little harder, but boy was I wrong.  Looking back, here are the mistakes I made:

1. I underestimated how difficult the exam really is, and I didn’t realize that each test administration could be quite different. Although I felt weak in questions relating to mental health on my first attempt, I underestimated its importance because I did not see that many tough questions related to that area during my first test. However, on my second test, there were a lot more difficult mental health questions. This really hurt my time management, and it shook my confidence on the day of the exam.

2. Because I was so close to passing on my first try and because I had a job lined up, I wanted to schedule my second test ASAP. By rushing to take the test, I failed to give myself adequate time to properly learn the material. Furthermore, I had family in town during one of my study weeks, which really hurt my study time a lot.

3. I didn’t do anything to boost my confidence or lower my test anxiety. While I followed my initial game plan of tweaking and polishing, I found myself having nightmares about what had happened on that first time around. As I would study, I’d often lose focus on whatever topic I was delving into, because the pit in my stomach still existed. I was terrified of what was to come and whether or not I’d be able to truly conquer the exam. To say it was distracting is an understatement. My study time turned more into stress time.

4. As I was preparing, I used the same question banks from AOTA® and Therapy Ed® (this was before I discovered Pass the OT). Though I didn’t truly know the answers to some of the questions, my brain subconsciously got used to seeing them after being exposed so much. Rather than thinking through items and dissecting them in my head, like I would on the exam, I mindlessly chose the answers I had seen countless times.

I also got into a rut, following a similar approach to what I had used the first time. I copied notes, made flash cards, and watched some videos. While I thought that studying for more hours would help, it ended up being redundant and, not shockingly, ineffective and overall a waste of time.

What I really needed at the time was a variety of different angles from which to learn the material, such as stories about the content, games, and audio recordings, along with easy to understand charts which would help solidify the material and make it stick. I really needed to see the material from another view, rather than through a boring textbook.

Following the saga that was failing for the second time. I immediately rescheduled my exam for exactly one month later. I also found out about Pass the OT, which revamped my entire study process by offering more structure, new questions, easy to understand rationale, and even an assessment test that really helped me focus my studying on what i needed to learn most.

I also worked with one of their tutors, who helped me lower my anxiety and increase my confidence. During each one-hour tutoring session, my tutor helped me focus on my areas of weakness, guided me through interventions related to that topic, and helped me break down questions, especially when two answer choices both seemed correct.

I also put in a concentrated effort to take care of myself, and I tried to stop the stress before it began. Bike rides were my lifesaver, as were cookies and being gentle to my heart when I bombed a quiz. I ended up passing on my third attempt by 65 points. Though the process was intense, once I discovered Pass the OT, I immediately began to believe that I was on the right track and that the end was near. I wasn’t wrong, and though I can’t promise this journey isn’t hard or that it won’t make you feel worthless on some days, I can assure you that it’s not impossible and that you aren’t alone no matter what the research says.

What I Learned From My Mistakes:

-Reschedule the exam ASAP, but give yourself adequate time to properly prepare for the exam.
-Find new ways of learning the material – doing the same questions over and over is useless
-Simplify the materials and try different ways of learning information
-Don’t just memorize a bunch of questions
-Make sure to assess your strengths and weaknesses so that you can study efficiently and effectively
-Take care of yourself. Work out, see friends, and be gentle when study time or practice quizzes don’t go your way
-Work with a tutor who can really help you better understand the material