How You Can Improve Your Study Habits - Pass The OT

Home/blog/How You Can Improve Your Study Habits

How You Can Improve Your Study Habits 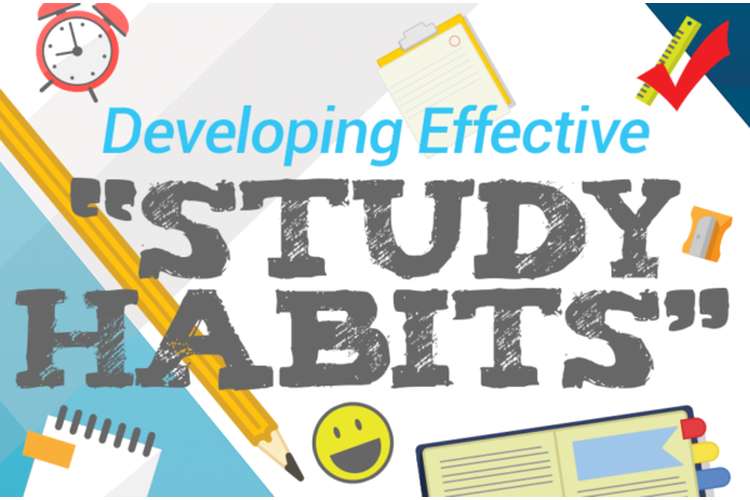 Use goals to set your course, then develop a system to navigate the seas of success. Both winners and losers set the same goals. The secret is that the “winners” break down their goals into simple, small, repeatable steps. They create a system of continuous small improvements that eventually culminate in a big difference.

Based on studies, you’re more likely to accomplish your study goals and create good habits if you prepare a plan for where, when, and how you will study. Make it specific with the time and location for you to study. Think of yourself as someone who will pass the test rather than set a goal to try to pass the test.

Habits are the building blocks of the systems that create long-term change and carry us to our goals. All habits proceed through four stages in the same order: cue, craving, response, and reward.

This four-step pattern is the backbone of every habit, and your brain runs through these steps in the same order each time:

i. Cues trigger your brain to initiate a behavior.

ii. Cravings are the second step of the habit loop, and they are the motivational force behind every habit. Without some level of motivation or desire, without craving a change, we have no reason to act. What you crave is not the habit itself but the change in state it delivers.

iii. The response is the actual habit you perform, which can take the form of a thought or an action. Whether a response occurs depends on how motivated you are and how much friction is associated with the behavior. If a particular action requires more physical or mental effort than you are willing to expend, then you won’t do it. Your response also depends on your ability.

iv. Rewards are the end goal of every habit. The cue is about noticing the reward. The craving is about wanting the reward. The response is about obtaining the reward. We chase rewards because they serve two purposes:
The first purpose of rewards is to satisfy your craving. Secondly, rewards teach us which actions are worth remembering in the future. Your brain is a reward detector. As you go about your life, your sensory nervous system is continuously monitoring which actions satisfy your desires and deliver pleasure. Rewards close the feedback loop and complete the habit cycle.

HOW TO CREATE A GOOD HABIT 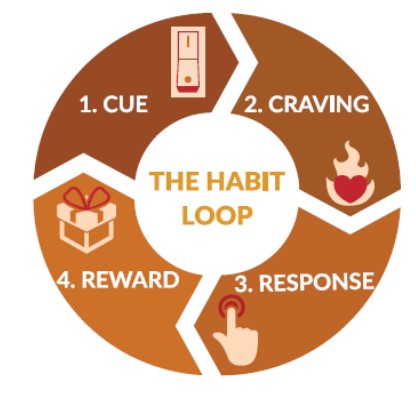 1. Make It Obvious
• Write down your current habits to become aware of them.
• Use implementation intentions: “I will [BEHAVIOR] at [TIME] in [LOCATION].”
• Use habit stacking: “After [CURRENT HABIT], I will [NEW HABIT].”
• Design your environment. Make the cues of good habits obvious and visible.

Example:
Putting flashcards by your nightstand.

2. Make It Attractive
• Use temptation bundling. Pair an action you want to do with an action you need to do.
• Create a motivation ritual. Do something you enjoy immediately before a difficult habit.

Example:
After you study the Rancho Los Amigos levels, you allocate time to check out your Facebook.

3. Make It Easy
• Reduce friction. Decrease the number of steps between you and your good habits.
• Prime the environment. Prepare your environment to make future actions easier.
• Master the decisive moment. Optimize the small choices that deliver outsized impact.
• Automate your habits. Invest in technology and onetime purchases that lock in future behavior.

Examples:
– Stop multitasking. Focus on one little step at a time.
– Have a short-cut to passtheot.com on your computer.
– Keep your study notes in the middle of the table rather than in the drawer.
– Place water bottles in common locations if you want to drink more water while you study.
– Place a book on your desk rather than tucked in a corner, if you want to read it more often.
– Unplug the television after watching if you don’t want to watch as much television.
– Delete games and distracting apps on your phone so you are not tempted to play them.
– Unsubscribe from spam email or emails that aren’t useful, so you don’t waste time reading them

4. Make It Satisfying
• Use reinforcement. Give yourself an immediate reward when you complete your habit.
• Use a habit tracker. Keep track of your habit streak and “don’t break the chain.”
• Never miss twice. When you forget to do a habit, make sure you get back on track immediately.

Example:
Using a sheet of paper, you simply write your habit and the days of the week. Then, when you carry out the habit that day, you put an X on the tracker. The accumulating X’s provide evidence of progress on your habit, and progress is extremely rewarding and motivating.