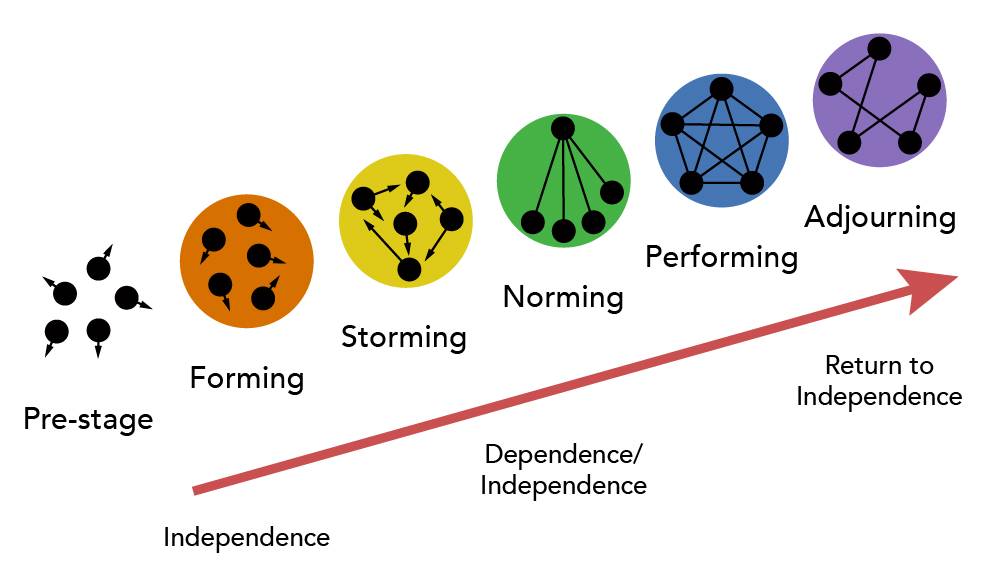 Initially, Tuckman identified four stages of group development, which included the stages of forming, storming, norming and performing. A fifth stage was later added by Tuckman, which is called adjourning. These 5 stages are common to all teams despite the group members’ purpose, goals, culture etc. 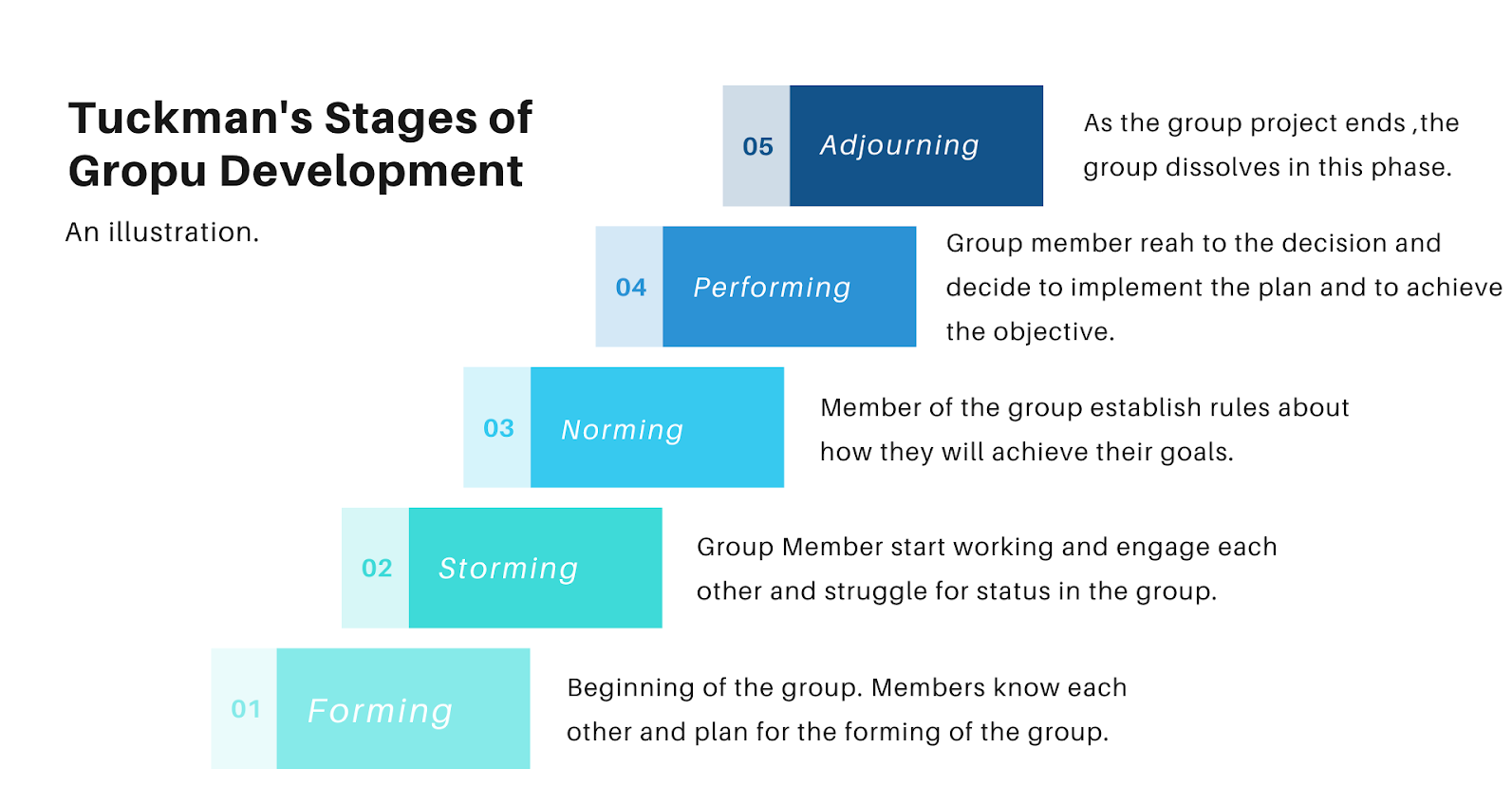